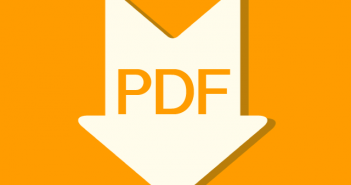 Regulations for carrying out thesis of Osteopathy

Summaries of the thesis presented

Carefully and ethically-designed experiment, in which participating subjects are assigned to the different modes of intervention simultaneously (in the same period of time), at random and are also supervised in a simultaneous way.

Random distribution is the best method for determining that the groups formed are comparable in all the prognostic characteristics except in the intervention they receive.

The clinical trial is the most rigorous epidemiological method for testing hypotheses.

By extension, sometimes any clinical development procedure of a drug is called a clinical trial.

The Law on Medicines and Royal Decree 561/1993 define the clinical trial as: “Any experimental assessment of a substance or medicine, through its administration or application to humans, focusing on one of the following purposes:

Any study in which the subjects are assigned to one therapeutic intervention group or another at random, or which directly or indirectly conditions the habitual medical prescription process shall always be considered an experimental assessment.

Confusing term, used to indicate that a clinical trial does not have any specific methodological characteristic.

Trial in which the subject, but not the observer, does not know which of the possible treatments he is receiving.

Trial in which neither the subject nor the observer know which treatment is being administered.

Clinical trial in which the participating subject, the observer-researcher and the researcher who analyzes the data do not know which treatment is being received.

This is done when the clinical variables examined are soft, that is, they can be interpreted in different ways.

Clinical trial in which each individual consecutively receives each of the treatments under study.

Trial in which the total population is a single patient and in which the order of administration of the treatments compared is determined in a random way.

Said of the trial whose aim is fundamentally to acquire scientific knowledge and biological explanations about efficacy.

It is usually done in the earliest phases of the development of a drug, with restricted inclusion criteria, in order to obtain a homogenous sample of participants, representative only of specific sub-groups of population, of a limited size.

The main parameters measured are mainly biological ones (for example, deobstruction of coronary arteries in patients who have suffered a myocardial infarction).

It is usually done in conditions which are different from those of habitual practice and includes the analysis of patients who complete the trial, as opposed to an intention-to-treat analysis.

In explanatory clinical trials it is usually easier to avoid Type-I and Type-II errors, but their power of inference is lower than in pragmatic trials.

A trial carried out by a single researcher or research team in one hospital or another type of centre.

According to Royal Decree 561/1993, “A trial carried out in two or more centres with the same protocol and a coordinator who is responsible for processing all the data and for analysing the results”.

Clinical trial in which each group of patients receives a single treatment simultaneously.

Clinical trial in which the observations are assessed as they are produced and the total number of participants is not predetermined, but depends on the accumulated results.

Clinical trial in which the elements allocated randomly are communities or populations, instead of individuals.

This is usually carried out when an assessment of the impact of a community intervention is required, for example, fluorination of water (in which populations are randomized) or when it is important to prevent contamination, from one group to another (for example, the periodic administration of Vitamin A supplements to malnourished children, in developing countries).

14) CLASSIFICATION OF THE TYPES OF DESIGN:

Initial application, on a small scale, of a study protocol, with the aim of checking whether the design is appropriate, establishing its viability or obtaining information to determine the sample size for the definitive study.

Part of statistics which summaries the information about the sample.

The information collected and summarized in statistics is used to estimate population parameters.

Study designed solely for describing the distribution of certain variables, but which is not concerned about the associations between them.

It generally has a cross-sectional design.

Analytical epidemiological study in which the researcher does not determine the allocation of the subjects to each group, but simply records (observes) what actually happens.

It can be a cohort, case-control or cross-sectional study.

This is carried out when little is known about the occurrence, natural history or determinants of a disease.

Its objectives include estimating the frequency of a disease or attribute, the temporal trend in a particular population and elaborating or generating more specific etiological hypotheses.

An analytical (etiological) study is carried out when enough information is known about the disease before the research, which means that a priori hypotheses already exist and these can be tested in the study.

The objectives usually involve identifying risk factors for the disease, estimating the effect of exposure on the disease and therefore deducing possible strategic interventions.

The researcher manipulates the research conditions and randomly distributes the groups.

The objective of experimental studies is to estimate the efficacy of a preventive, curative or rehabilitative intervention.

The groups which are compared are similar in those characteristics which may have an effect on the response, except for the intervention which is being assessed.

The study groups are formed randomly.

The use of another active treatment or intervention as a comparative group is to examine the benefit/risk relation of the new treatment in a specific clinical situation.

The control group may be:

These are studies in which the data of each subject represents essentially a moment of time.

This data may correspond to the presence, absence or different degrees of a characteristic or disease.

It consists of examining the relationship between different variables in a defined population at a specific moment in time.

These designs do not permit the study of an alleged cause-effect relationship.

Cross-sectional studies are descriptive by definition.

Epidemiological strategy in which observations of numerous factors at the same time are recorded and then a comparison is made between them.

The presence or absence of a disease or other variables (or, if they are quantitative, their level) are determined in each subject.

These are studies in which there is a time lapse between the different variables, so that a time sequence can be established between them.

They can be both descriptive and analytical.

In analytical studies, it should be taken into account whether the time sequence is from the cause to the outcome (experimental studies and cohort studies), or from the outcome to the cause (case-control studies).

Any study not focused on an alleged cause-effect relationship, but whose data is used for purely descriptive purposes is considered descriptive.

This type of study is useful for generating etiological hypotheses which should subsequently be contrasted with analytical studies.

Any study which evaluates an alleged cause-effect relationship is considered analytical.

The alleged causal agent may be a factor which is suspected of being able to lead etiologically to a disease or a treatment to prevent or improve a clinical situation.

Preliminary study with the objective of determining whether a programme, procedure or study protocol is practicable, as well as finding out data to help in determining the sample size for a definitive study.

In clinical trials and in cohort studies, the moving of subjects from the group they were in at the beginning of the observation to another group. In both types of design, the crossover is the cause of an infraestimation of the possible differences between the groups compared.

Study designed to examine associations, with the final object usually of identifying or measuring the effects of risk factors or specific interventions on health.

Study in which the patients are included from the time the start of the study is decided.

Study in which the data collected refers to events which have occurred.

This type of study identifies people with a disease (or another variable of interest) and compares them with an appropriate control group which does not have the disease.

An examination is made, comparing the frequency of exposure to this or other factors between the cases and the controls.

It is an analytical observational study which enables the cause-effect relationship to be followed.

If the frequency of exposure or the cause is greater in the group of cases with the disease than in the control group, we can say that there is an association between the cause and effect.

The measurement of the association which quantifies this association is called the “odds ratio“(OR).

In medicine, a case-control study is a cross-sectional type of study which is used to research the etiology of a disease or a given result.

This has been incorrectly called Retrospective Study.

In a case-control study, a single disease but various risk factors or exposures are examined. In the Roman militia, a centuria was made up of 60 soldiers.

Two centurias formed a manipulo. The manipulos could be made up of hastate (young, less experienced soldiers, spear throwers or those with swords or light weapons), principes (soldiers with several years of service and several campaigns) or triarii (veterans).

At camps and during marches, they formed cohorts, made up of one manipulo of hastatis, one manipulo of principes and one centuria of triarii, that is, a total of 300 soldiers.

Epidemiology adopted this term to refer to the idea of a simultaneous advancement, in time, of a group of individuals defined for possessing a common characteristic or group of characteristics.

The common characteristic is usually exposure to a factor (environmental, pharmacological, occupational, etc).

The term “cohort” is used to designate a group of subjects with a common characteristic or group of characteristics who are monitored over a period of time.

A large number of cases (300 or more) is necessary. It is an observational, analytical and longitudinal study in which two cohorts differing with regard to the exposure to the factor under study are compared in order to assess a possible cause-effect relationship. Study in which people subjected to a certain exposure or treatment are compared with people who are not subjected or exposed.

The word “cohort” (from the Latin dehors) means a company of soldiers.